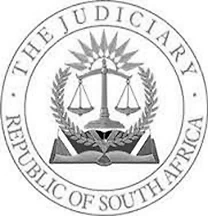 IN THE HIGH COURT OF SOUTH AFRICA,

In the matter between:

DELIVERED ON: This judgment was handed down electronically by circulation to the parties' representatives by email and released to SAFLII on 16 NOVEMBER 2022. The date and time for hand-down is deemed to be on 16 NOVEMBER 2022 at 11H30.

[1] The Applicant instituted an application against the First Respondent seeking an order to restore its possession of the property situated at 3 St Georges Street, Central Bloemfontein. The Applicant seeks further orders that (1) this court refer the alleged conduct of the Second Respondent to the Legal Practice Council for investigation and (2) that the Second Respondent be mulct with punitive costs de bonis propriis.

[2] The First Respondent had initially expressed the intention to oppose the application but on 13 September 2022 it signalled its intent to withdraw its opposition by filing the Notice of Withdrawal. The First Respondent and the Applicant thereafter entered into settlement negotiations. The said negotiations were partly successful but it appears that not all issues were settled. The Applicant was, however, restored of its possession of the building and the keys and locks were handed back. This was in essence the main relief sought by the Applicant. It is submitted by the Applicant; which submission is not disputed by the First Respondent, that the relief sought has become moot save for the issue of costs;

[5] During 2020 at the request of the Third Respondent, the Applicant performed maintenance and building works on the premises of the First Respondent. The Applicant contends that no payment came forth at the stage for works rendered. As a result, the Applicant as it was in possession of sixteen buildings for which it had rendered work, elected to exercise its right of lien over those buildings it constructed or improved. The remaining buildings on the area that the Applicant had not performed work on, remained open and accessible to the general public.

[7] On 26 July 2022 the Second Respondent on behalf of LM Mokhele Attorneys Incorporated wrote to the Applicant as follows:

2. We confirm hereto that we have since instructed Our Client to cut all the barricades (sic) placed on their buildings so as to afford them an opportunity to render their duties as an educational institution.

3. Take notice further that, we have advised them that, your client

its students and your client’s conduct continues to greatly

prejudice Our Client’s in carrying out their Constitutionally(sic)

[10] The letter from the Second Respondent unequivocally acknowledges that the Second Respondent ‘instructed’ the First Applicant to ‘cut all barricades placed on their buildings’ and thus deprive the Applicant of its right of retention over the premises over which there existed a lien. Absent any other developments, the letter could most likely prove to be the trigger for unlawful deprivation of the undisturbed possession of the building premises under retention.

“ …should we not receive your written undertaking not later than the stipulated time….we hold instructions . once again, to approach a competent court for an appropriate relief…”

[14] In my view, the meeting of the 27 July 2022 became the intervening eventuality which overtook the advice given in the letter of 26 July 2022. The correspondence of 18 August 2022 further confirms the view I hold in that the Second Respondent wanted to approach a competent court for appropriate relief. The spoliation took place on 24 August 2022, hardly six days after the Applicant was threatened with litigation. It is difficult to come to the conclusion that the spoliation is directly linked to the advice referred to in the letter of 24 July 2022 in view of the intervening meeting as well as the correspondence of 18 August 2022. I cannot find that the Second Respondent ought to be mulct with costs de bonis propriis. In view of this finding, I have no reason to accede to the request to order the referral of the Second Respondent to the Legal Practice Council.

[15] When it comes to adjudication of costs the general rule is that the successful party is entitled to costs. Allied to this rule is another principle that the award of costs lies in the discretion of the Court which must be judicially exercised upon a consideration of the facts of each case and bearing in mind that such decision is a matter of fairness to both sides1.

[16] The Applicant launched these proceedings alleging that the First Applicant had unlawfully deprived it of its peaceful undisturbed possession of sixteen buildings. There were indeed negotiations which culminated in the restoration of the status quo. The First Respondent in a way conceded the wrong doing in that it filed the Notice of Withdrawal and did not persist with its opposition. The First Respondent did not act lawfully when it deprived the Applicant of its possession. The Applicant was thus partly successful in obtaining relief that it originally sought and has to be indemnified for its expenses in instituting this application. There is no reason why the First Respondent should not pay the costs at least until it formally withdrew its opposition. I accordingly make this order:

1. The First Respondent is liable for the costs of the Applicant

On behalf of the applicant: Adv. PC Ploos van Amstel

On behalf of the first respondent: No Appearance

On behalf of the Second Respondent: Mr L.M Mokhele

On behalf of the third respondent: No appearance.